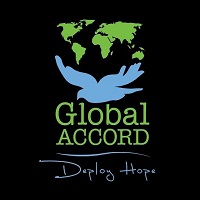 In 2005, I sold my business and was looking forward to retirement. I kept feeling that God had something for me to do. For several months, everything I saw and read seemed to have a connection to Montana. Eventually, I submitted and spent two weeks on a mission trip to the “Big Sky” country.

Almost as soon as I returned home, Katrina struck the gulf coast. I was asked to go with a couple of friends to aid in the recovery effort in Pascagoula, MS. As soon as I saw the destruction and the pain that was caused to the residents of that area, I knew that this was what God had been preparing me for with the trip to Montana.

When my friends finished our week of commitment, they left to return home, but I could only drive around and visit the other sites where teams from all over the country were working to alleviate the suffering. They were organized and had proper equipment and trailers, etc. I felt and heard God say to me, “If you will organize a group to help, I will give you a trailer”.

I returned home and immediately set a meeting and invited people I knew who had a heart for missions. Our meeting was scheduled for a Thursday evening and on Wednesday before the meeting, one of the men with whom I had gone to Pascagoula with called and invited me to join him as he related our trip to his church family. He gave me the opportunity to speak and I told them about what I felt God had said to me as I drove around and saw the various groups. When I finished speaking and returned to my seat, a man across from me said “I have a trailer that you can have”. His wife said, “They can have the generator, too.” Another offered a compressor.

God kept his promise, and the following night, the Rutherford County Christian Relief Association was organized. We filed necessary forms with the State of Tennessee and were recognized as a Non Profit Organization. Once that was done, we applied with the federal government for reorganization as a Not for Profit charity. We were given that recognition and were given 501(c)(3) status.

Our group made a total of 5 working trips to the gulf coast and a follow-up visit the following year. God impressed upon me that not all disasters are of the major type caused by hurricanes, tornados and floods. Not all disasters get national or even local attention. When a person suffers an accident and needs a ramp built, a family needs minor home repairs, a church needs help with their building, to these people, it is a disaster.

The RCCRA built many ramps, made many home repairs and traveled around the country helping churches and others with their “disasters”. As time moved forward, so many of our members grew too old to help that we were doing fewer and fewer projects. We considered dissolving the RCCRA many times, but always felt God say “NO”.

In early 2014, I met with several men who were interested in the same things that the RCCRA was interested in, and they had even a larger vision. In July 2014, the Rutherford County Christian Relief Association was reorganized and revitalized with younger, mission driven men and women. We assumed a new name for the corporation, Global Accord.

This organization is the result of a group of people listening to God. I pray daily for continued leadership from Him as Global Accord accepts the mission to help others and to tell the world of God’s Love.